Camille Dalmais, known as Camille, was born in 1978 in Paris. Passionate about bossa and musicals, she took singing lessons and at the age of 20, participated in the vocal workshops of the British singer Julie Tippetts. A brilliant student, she released her first album in 2002, Le sac des filles, while still a student at the Institut d’Etudes Politiques de Paris.

In 2005, she was awarded two Victoires de la musique as well as the Prix Constantin for her second album Le Fil. Between 2009 and 2018, Camille won three more Victoires de la musique thanks to her ability to offer the public sensitive and unique albums that get a great success with the critics. In her twenty-year career, she has collaborated with a large number of renowned artists and has notably had the opportunity to reunite with Bobby McFerrin on several occasions, on stage and to work on his opera project Bobble.

As a versatile artist, Camille has also participated in numerous audiovisual projects. In 2007, Disney entrusted her with the end credits of its huge success Ratatouille for which she was nominated at the World Soundtrack Awards. Five years later, Camille became interested in theater and composed and performed the music for Henrik Ibsen’s The Lady from the Sea, directed by Claude Baqué. The singer then collaborates on several feature films such as Nine Months Stretch by Albert Dupontel (2013), Fever by Raphaël Néal (2014) for which she composes the entire soundtrack. In 2015, Hans Zimmer called on her for the songs of the animated film The Little Prince. That same year, she composed the soundtrack of I’ll Go Where You Go by Géraldine Nakache. In 2016, Xavier Dolan’s It’s Only the End of the World was released in theaters, and he chose Camille’s song Home is where it hurts for the opening of his film. Five years later, Camille directed her own feature-length musical documentary Comme un poisson dans l’air. In 2022, in collaboration with Clément Ducol, Camille composes the soundtrack for Emilia Pérez, Jacques Audiard’s next feature film.

Always drawing from contemporary, electronic and acoustic music, she remains today an innovative and free artist who seduces her public and convinces the directors who trust her. 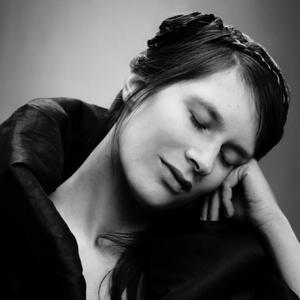